How to understand Stout and Porter? 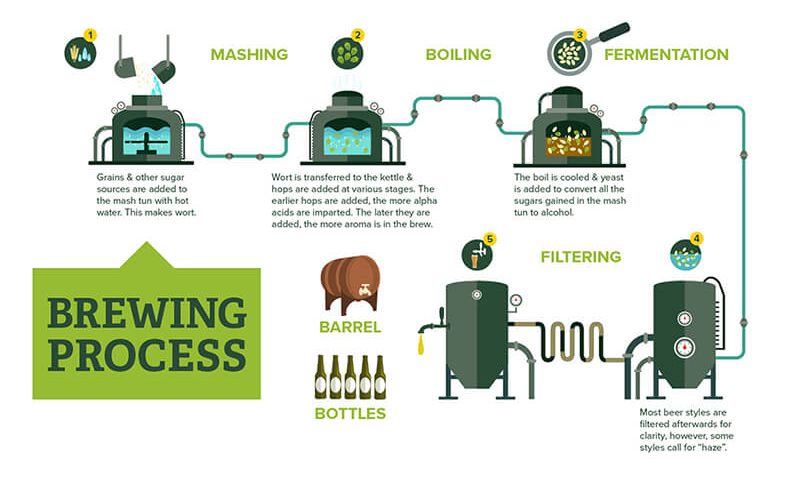 All beers are brewed using a process based on a simple formula. Key to the beer making process is malted grain, depending on the region traditionally barley, wheat or sometimes rye.

Malt is made by allowing a grain to germinate, after which it is then dried in a kiln and sometimes roasted. The germination process creates a number of enzymes, notably alfa-amylase and beta-amylase, which will be used to convert the starch in the grain into sugar. Depending on the amount of roasting, the malt will take on dark colour and strongly influence the colour and flavor of the beer. Breweries buy malt and this is not a process that is done in-house.

The malt is crushed in a malt mill to break apart the grain kernels, increase their surface area, and separate the smaller pieces from the husks. The resulting grist is mixed with heated water in a vat called a “mash tun” for a process known as “mashing”. During this process, natural enzymes within the malt break down much of the starch into sugars which play a vital part in the fermentation process. Mashing usually takes 1 to 2 hours, and during this time various temperature rests (waiting periods) activate different enzymes depending upon the type of malt being used, its modification level, and the desires of the brewmaster. The activity of these enzymes convert the starches of the grains to dextrines and then to fermentable sugars such as maltose.

A mash rest at 104 °F or 40 °C activates beta-glucanase, which breaks down gummy beta-glucans in the mash, making the sugars flow out more freely later in the process. A mash rest from 120 °F to 130 °F (49 °C to 55 °C) activates various proteinases, which break down proteins that might otherwise cause the beer to be hazy. But care is of the essence since the head on beer is also composed primarily of proteins, so too aggressive a protein rest can result in a beer that cannot hold a head. This rest is generally used only with undermodified (i.e. undermalted) malts which are popular in Germany and the Czech Republic, or non-malted grains such as corn and rice, which are widely used in North American beers. Finally, a mash rest temperature of 149 to 160 °F (65 to 71 °C) is used to convert the starches in the malt to sugar, which is then usable by the yeast later in the industrial brewing process. Doing the latter rest at the lower end of the range produces more low-order sugars which are more fermentable by the yeast. This in turn creates a beer lower in body and higher in alcohol. A rest closer to the higher end of the range creates more higher-order sugars which are less fermentable by the yeast, so a fuller-bodied beer with less alcohol is the result.
Finally the mash temperature may be raised to 165 °F to 170 °F (about 75 °C) (known as a mashout) to deactivate enzymes. Additional water may be sprinkled on the grains to extract additional sugars (a process known as sparging).

After the mashing, the mash is pumped to a lauter tun where the resulting liquid is strained from the grains in a process known as lautering. The lauter tun generally contains a slotted “false bottom” or other form of manifold which acts as a strainer allowing for the separation of the liquid from the grain.

At this point the liquid is known as wort. The wort is moved into a large tank known as a “cooking tun” or kettle where it is boiled with hops and sometimes other ingredients such as herbs or sugars. The boiling process serves to terminate enzymatic processes, precipitate proteins, isomerize hop resins, concentrate and sterilize the wort. Hops add flavor, aroma and bitterness to the beer.
At the end of the boil, the hopped wort settles to clarify using hop filters. SBM does not use the whirlpool system for hop separation. 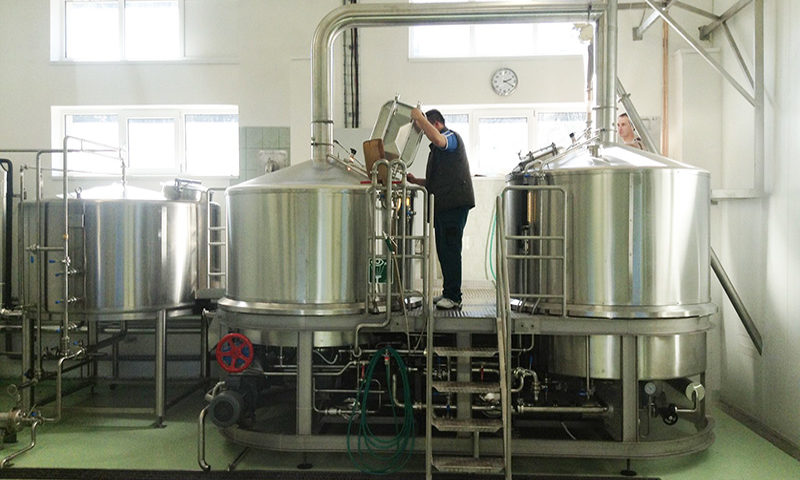 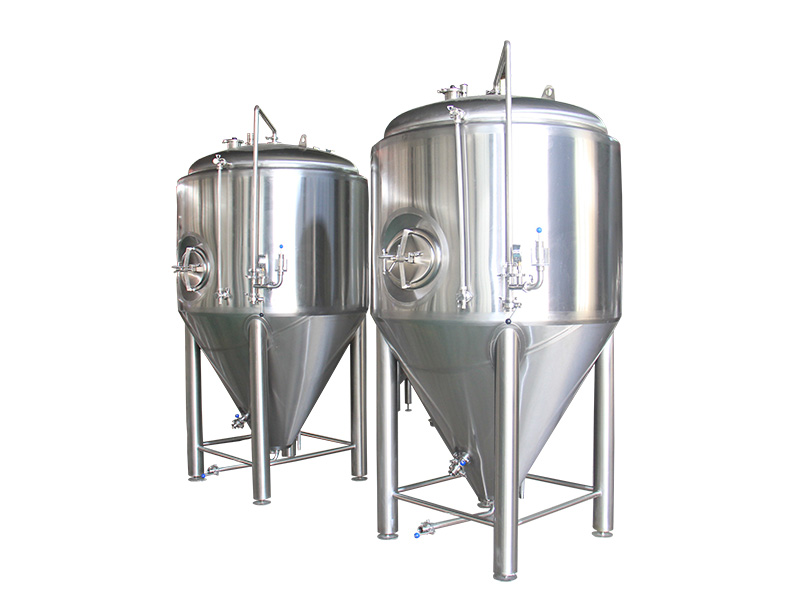 Polishing is important to the tank 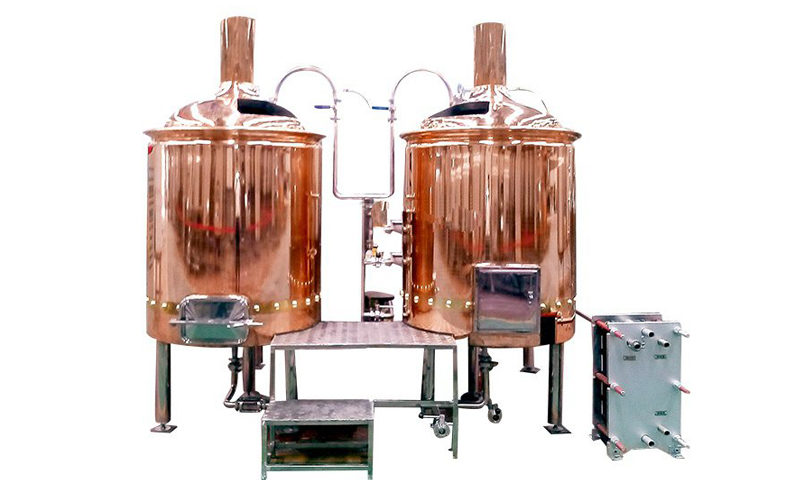 What factors need to be considered when choosing a bar brewing equipment?