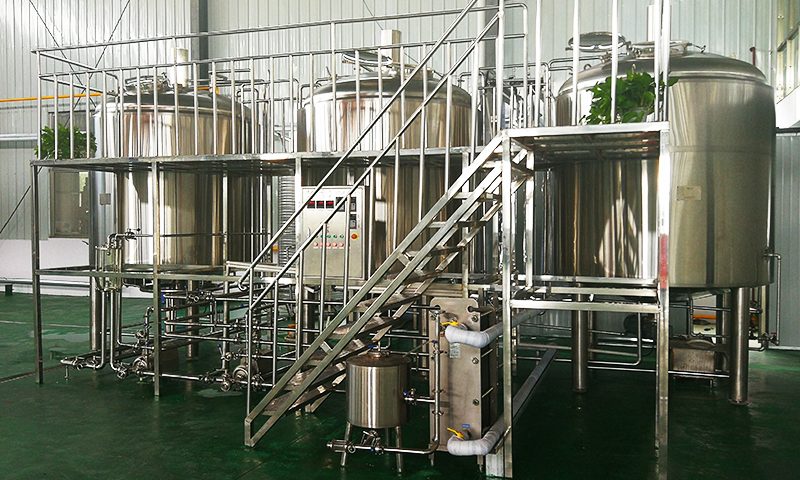 To make good high-quality beer, taking a keen interest in the beer preparation process will dictate the outcome. One aspect that has a significant impact on the brewing process is the fermentation process.

As expected, the fermentation tank is one of the essential features that you need to focus on. However, as the whole brewing process cumulatively has an impact on the kind of beer you will produce, to provide good beer you need to enhance the overall beer preparation process. The method includes:

The mashing level is a crucial preparation process that provides the foundation for what happens in the fermentation tank. The mashing process involves the mixing of various beer-making components, including milling the grain in a hot water tank. As expected, the delicate balance to get the infusion and brewing decoction needed will place a foundation on the kind of beer that will be produced.

One of the leading causes of having ruined beer is the introduction of foreign elements during the beer-making process. Sometimes, bacteria are introduced way before the beer-making process starts. Heating is necessary to minimize the risk of your beer getting ruined. Heating is done in a heat exchanger process for both large and small fermentation tanks ensuring that all bacteria are killed hence minimize contamination.

After sterilization of various equipment and materials are done, the next logical level is the fermentation process. The wort is left to ferment according to domestic and foreign food safety and hygiene standards. Yeast is added to the batch in both commercial and homebrew fermentation tanks fermenting the mixture further. Often, the time needed for complete fermentation is dictated by the batch amount and can take a minimum of 3 days to a week.

After completing the production of beer by the fermentation process, you need to eliminate unwanted materials from the batch made. To do this a fully integrated stainless steel work platform is used to decant the liquid. To easily do this a sanitary and efficient wort pump is used. Afterward, various pipes and fitting are used to move the liquid to a storage tank.

During this level, you can choose to bottle and keep it in various containers for easy accessibility. As with earlier beer preparation levels, it is crucial to ensure that the storage containers used are clean and hence allow you to store beer for longer without being ruined.

Overall, the general health of the fermentation tank is a start to getting a good beer. However as seen above, every beer preparation level has its vital part to play in the production of high-quality beer. By understanding the necessary general process of beer, you are a step closer to knowing what you need to invest in and how to make your very own beer.